a.  Give the chemical formula for this compound.

b. Circle the amine functional groups in histamine.

c. Which part (or parts) of the molecule make the compound water-soluble?

2.  Antihistamines are widely used for drugs for treating symptoms of allergies caused by reactions to histamine compounds. This class of drug competes with histamine, occupying receptor sites on cells normally occupied by histamine. Here is the structure for a particular antihistamine.

a. Give the chemical formula for this compound.

b. What similarities do you see between this structure and that of histamine (shown in the previous question 1) that would allow the antihistamine to compete with histamine?

They both have N-C-N sequence. They have similar configuration to bind to receptor sites, hence they can compete with each other.

3. Consider this statement. “Drugs can be broadly classed into two groups: those that produce a physiological response in the body and those that inhibit the growth of substances that causes infections.” Into which class does each of there drugs fall?

4. Herbal or alternative medicines are not regulated in the same way as prescription or OTC medicines. In particular, the issues of concern are the identification and quantification of the active ingredient, quality control in manufacture, and side effects when the herbal remedy is used in conjunction with another alternative or prescription medicine. a. What do you think is the evidence from herbal supplement manufacturers that address these issues?

Provide accurate and specific details about the ingredients included, and undergo tests to ensure they are safe for consumption.

b. Do you know anything about Singapore’s legislation on the topic?

In Singapore, the responsibility of ensuring the safety and quality of herbal medicines lies on the importer or seller. There are guidelines stipulated by the Health Sciences Authority (HSA).

The Earth’s stratospheric ozone layer plays a critical role in absorbing UV radiation emitted by the Sun. In the last thirty years, it has been discovered that stratospheric ozone is depleting as a result of anthropogenic pollutants. There are a number of chemical reactions that can deplete stratospheric ozone; however, some of the most significant of these involves the catalytic destruction of ozone by halogen radicals such as chlorine and bromine.

CFC molecules are made up of chlorine, fluorine and carbon atoms and are extremely stable. This extreme stability allows CFC’s to slowly make their way into the stratosphere (most molecules decompose before they can cross into the stratosphere from the troposphere). This prolonged life in the atmosphere allows them to reach great altitudes where photons are more energetic. When the CFC’s come into contact with these high energy photons, their individual components are freed from the whole.

The following reaction displays how Cl atoms have an ozone destroying cycle:

Chlorine is able to destroy so much of the ozone because it acts as a catalyst. Chlorine initiates the breakdown of ozone and combines with a freed oxygen to create two oxygen molecules. After each reaction, chlorine begins the destructive cycle again with another ozone molecule. One chlorine atom can thereby destroy thousands of ozone molecules.

Because ozone molecules are being broken down they are unable to absorb any ultraviolet light so we experience more intense UV radiation at the Earth’s surface.

This process is called the Chapman cycle:

Ozone is therefore constantly being created and destroyed by the Chapman cycle, and these are natural processes which have been taking place for millions of years. Chapman cycle causes thickness the ozone layer at any particular time to vary greatly. Also, as O2 is constantly being introduced into the atmosphere through photosynthesis, the ozone layer is capable of regenerating itself.

Alkanes may only undergo few reactions, as the carbon-carbon bonds and carbon-hydrogen bonds are strong. However, presence of UV light causes halogens to react readily with alkanes, forming a mixture of products. This can be exemplified by the reaction between methane and chlorine.

The chlorine is dissociated into free atoms by UV light. The chlorine-chlorine bond is relatively weak (242 kJ mol-1) and is broken by the high energy UV light, which promotes an electron into an anti-bonding orbital. This results in free chlorine atoms (free radicals), which are very reactive. These then collide with other particles and cause a chain reaction of the type:

Other free radicals + Other neutral species

As a free radical is generated in the equation it can continue reacting. This is why it is called a chain reaction. In the case of the reaction between chlorine and methane the first stage is the initiation reaction:

Finally, the chain comes to an end with a termination reaction when two free radicals collide:

Haloalkanes are important compounds as they are more reactive than alkanes and can be used as useful intermediates in many reactions. They are also valuable solvents. One class of solvents achieved notoriety, the chlorofluorocarbons (CFCs), hydrocarbon molecules with substituted chlorine and fluorine atoms. These CFCs were used in aerosols as solvents to carry the contents and allow application in the form of a spray.

In the case of CFCs, under the presence of UV radiation, homolytic cleavage will occurs to form radicals CCl2F· and Cl·.

Positive Effects on the Ozone Layer

While excessive exposure to UV radiation may be harmful to humans, it is an essential tool in the formation of stratosphere. The absorption of UV radiation by the ozone results in a source of heat, which in turn forms the stratosphere itself. Thus, UV radiation from the Sun and the ozone plays a vital role in temperature structure of Earth’s atmosphere.

Negative Effects on the Ozone Layer

Chlorofluorocarbons, usually abbreviated as CFCs, carbon tetrachloride, and methyl chloroform are important human-produced ozone-depleting gases that have been used in many applications including refrigeration, air conditioning, foam blowing, cleaning of electronics components, and as solvents. When UV light waves strike CFC molecules, a carbon-chlorine bond breaks, producing chlorine (Cl) atom. The chlorine atom then reacts with an ozone (O3) molecule, breaking it apart and destroying the ozone. This forms an ordinary oxygen molecule (O2) and a chlorine monoxide (ClO) molecule. Following, this free oxygen atom breaks up the chlorine monoxide. The chlorine is then free to repeat the process of destroying more ozone molecules. A single CFC molecule can therefore destroy 100,000 ozone molecules.

Ozone is a pungent gas in form of elemental oxygen: elemental oxygen exists as stable diatomic molecules (O2), whereas ozone contain three oxygen atoms (O3) which is less stable. This means ozone is a very reactive gas, and even at low concentrations it is irritating and toxic.

For the basic bonding, ozone has a strong intramolecular covalent bonding between the atoms and a weak intermolecular London dispersion force between the molecules. Low energy is needed to overcome these weak intermolecular forces of attraction and thus, ozone exists in gaseous state in standard room temperature and pressure. Ozone can be represented as a resonance hybrid with two contributing structures, each with a single bond on one side and double bond on the other:

Ozone is very rare in our atmosphere, averaging about three molecules of ozone for every 10 million air molecules. In spite of this small amount, ozone plays a vital role in the atmosphere.

Most ozone (90%) resides in a layer at the Earth’s upper atmosphere (stratosphere), commonly known as the ozone layer. The remaining ozone is in the lower region of the atmosphere (troposphere).

Although stratospheric ozone and tropospheric ozone are chemically identical, they have vast differences in their roles in the atmosphere and impacts on living beings on Earth.

Stratospheric ozone (sometimes referred to as “good ozone”) plays a favorable role by absorbing most of the biologically damaging ultraviolet sunlight (UV-B), allowing only a small amount to reach the Earth’s surface. The absorption of UV radiation by ozone creates a source of heat, thus playing a key role in the temperature structure of the Earth’s atmosphere. It also protects living beings from harmful effects of excessive exposure to UV-B radiation.

At the Earth’s surface, ozone comes into direct contact with life-forms and displays its destructive side (hence, it is often called “bad ozone”). Because ozone reacts strongly with other molecules, high levels of ozone are toxic to living systems. Several studies have documented the harmful effects of ozone on crop production, forest growth, and human health.

Ozone is a powerful oxidant and it has many industrial and consumer applications related to oxidation. On the other hand, this same high oxidizing potential, will cause damage to mucous and respiratory tissues in animals, and also tissues in plants. This makes ozone a potent respiratory hazard and pollutant near ground level. Ozone pollution is a concern throughout the year in Singapore because of our strong sunlight and hot weather that results in higher harmful ozone concentrations in the air we breathe. Although many urban and suburban areas have high levels of “bad” ozone , nowadays rural areas are also subjected to high ozone levels as winds carry emissions hundreds of miles away from their original sources.

Problems Arising If Any: Nil

Contrary to popular belief, UV is actually essential for humans, although the general belief is that UV is harmful to the body. Both cases are not wrong, however, the missing link is that too much or too little UV exposure is not good for our body.

Vitamin D, also known as the sunshine vitamin is essential for our body to function properly.  Like its’ informal name, it requires the presence of sunlight for our body to produce vitamin D. 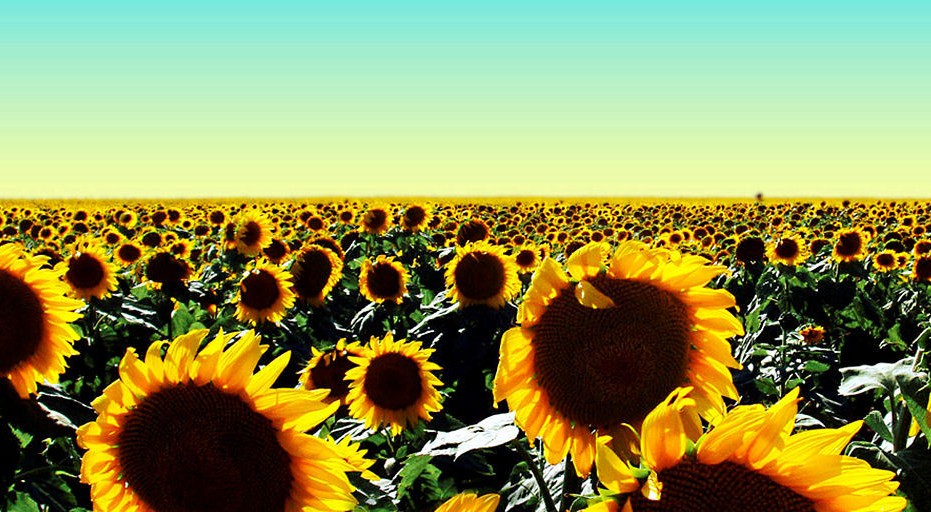 The lack of vitamin D has been known to cause diseases as such Rickets and other possible bone deformation or growth problems because Vitamin D helps the body to put the calcium available to good use (e.g. Bone growth and repair etc.)

However, too much exposure to UV is also detrimental to our health and may cause possible skin diseases, such as skin cancer and premature skin ageing.

The graph below shows the relationship of exposure to UVR and burden of disease:

Due to the depletion of ozone layer, humans are being exposed to greater amounts of UV radiation on a daily basis. Over the past decade, incidences of skin cancer have risen exponentially and with a 10 percent decrease in ozone levels will result in an additional 300,000 non-melanoma and 4,500 melanoma skin cancer cases.

Whilst it is important for us to obtain our daily dose of vitamin D, we must also take into consideration of the fact that overexposure can lead to health problems.

We should take some prevention measures if we know we will be exposed to long hours and intense sunlight: 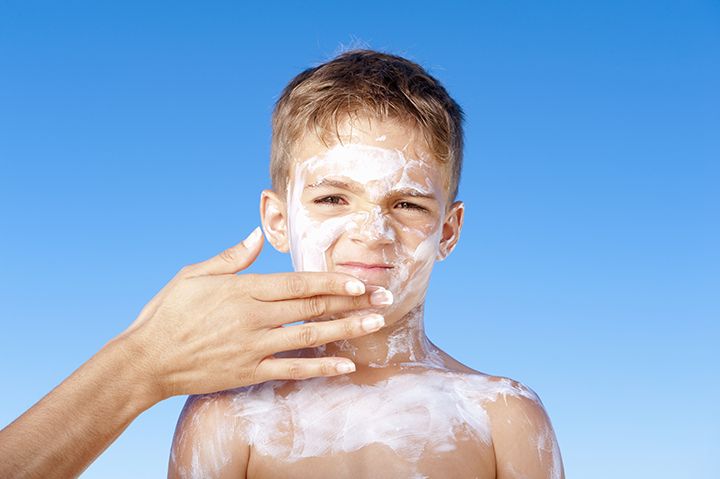 Ultraviolet (UV) radiation is a form of electromagnetic radiation that comes primarily from the Sun. Artificial sources include tanning beds, black light lamps, and mercury vapor lamps. UV radiation is invisible to the human eye and significantly influences living things and the environment. Electromagnetic radiation is a type of energy that manifests in different forms, such as microwaves, radio waves and infrared radiation. It is emitted as electromagnetic waves at varying wavelengths and frequencies. On the electromagnetic spectrum, UV radiation lies between visible light and x-rays.

It is divided into three main types: UVA, UVB and UVC.

With the shortest wavelength of 100 – 280 mm, UVC rays are absorbed by the ozone in earth’s atmosphere. Next on the spectrum is UVB rays, which have wavelengths of 280 – 315 mm. Only an estimated 10 percent of UVB rays actually reach the earth’s surface. At longer wavelengths of 315 – 400 mm, UVA rays are least absorbed by the atmosphere, resulting in it making up 95 percent of radiation that reaches the earth’s surface. These three forms of UV rays differ in the impacts they can cause.

Certain amounts of some types of UV radiation are beneficial in vitamin D formation in our bodies, but overexposure can also have harmful effects on our health. The amount of exposure that humans receive is determined by several factors, which include the strength of the UV rays, duration of exposure and cloud cover.